Guar Gum is the ground endosperm of the seed of the plant Cyamopsis tetragonolobus. It has been widely cultivated for centuries in India, for both animal and human consumption, and today India meets nearly 85% of the worldwide demand for Guar Gum.

Guar is primarily grown in the states of Rajasthan, Haryana and Gujarat and to a very small extent in the states of Uttar Pradesh and Madhya Pradesh. However due to the recent rise in demand for Guar Gum, other Indian states such as Maharashtra and Andhra Pradesh have also started experimenting with Guar cultivation.

The Guar crop is sown after the first rains in June / July and is harvested after approximately 3 months. Guar is a hardy, drought-resistant plant and requires 3 to 4 moderate rains at intervals of 15 to 20 days.

The Guar plant sprouts bean-like pods that are 5-10 cms long and contains 8-10 seeds. Guar seeds are about 3 mm to 5 mm in diameter and are dicotyledonous i.e. they have two endosperm halves. Also known as Guar Splits, the endosperm halves are separated from the germ and hull using a combination of thermal and mechanical processes. Guar Splits are then milled to produce Guar Gum powder.

Guar Gum is a creamish-white bland-tasting powder that is almost odourless. It disperses readily in hot or cold water to form a viscous pseudoplastic sol.

Guar Gum is a polysaccharide. The galactomannan molecule is composed of a long straight chain of D-mannopyranose units with single membered side chains of D-galactopyranose units. The molecular weight of Guar Gum is estimated at between 200,000 and 250,000 Dalton.

Cohesive structural gels can be formed by adding borate ions, which act as cross-linking agents, to a hydrated alkaline Guar Gum solution.

Compatibility with other hydrocolloids 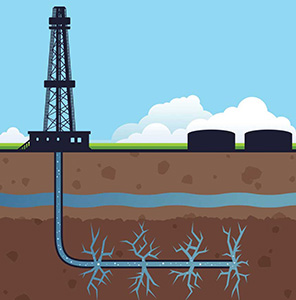 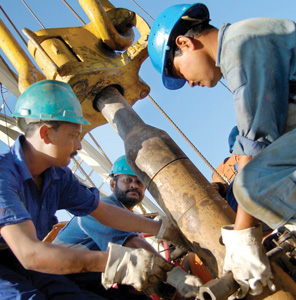 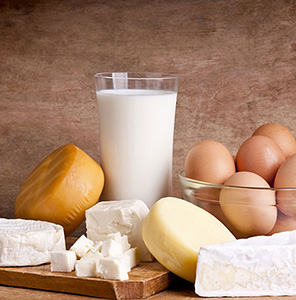 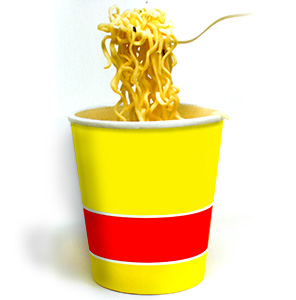 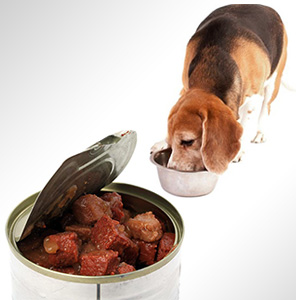 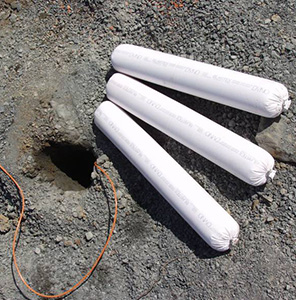 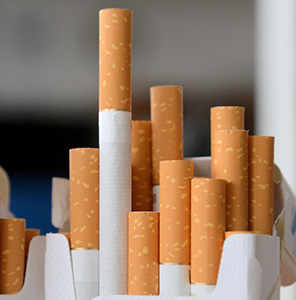 Today the largest user of Guar Gum in the world is the oil & gas industry.

Hydraulic Fracturing: Guar Gum and its derivatives are used in the fracturing of oil and gas wells because of their ability to thicken water effectively at low concentration. They carry the sand or proppants needed to keep the fracture from closing when the pressure is released. They are reliable polymers that will hydrate in field waters under many conditions.

Guar Gum and its derivatives are used to formulate different types of fracturing fluids – linear gels, cross-linked gels and organometallic crosslinked fluids – which form the core of the hydraulic fracturing process.

Drilling: Guar Gum is used to control flow and as a protective colloid in oil well drilling muds.

Guar Gum’s uses are mainly based on its water-binding, thickening, viscosity controlling and stabilizing abilities.

Dairy: Guar Gum is used as a thickener, as a binder of free water or viscosity modifier in the dairy industry. It is used in ice cream stabilizers, especially in high temperature, short-time processes where conditions call for 80°C for 20-30 seconds. Guar Gum binds the free water without disturbing the viscosity characteristics of the mix. It also imparts body, texture and heat-shock resistance to the ice cream

Bakery: Guar Gum, when added to dough while kneading, increases the yield, gives greater resiliency, and a drier appearance. The resulting baked products have a better and softer texture and a longer shelf-life. Cake and biscuits, made from dough containing Guar Gum, can be easily removed from the moulds and easily sliced without crumbling. Guar Gum, in combination with starch, prevents dehydration, shrinking and cracking of frozen-pie fillings.

Meat: Guar Gum is used as a binder and lubricant in the manufacture of a number of meat based products such as sausage and stuffed meat products.

Pet Food: Guar Gum is used as a thickening and suspending agent and as a process aid in almost all types of wet canned pet food. It is effective at very low concentration and improves particle distribution and uniform filling, without imparting significant influence of its own on the visual outcome of the finished product

Mining: Guar Gum depresses the gangue minerals in the froth flotation process for concentrating ores. It is also used as a settling agent to concentrate ores and tailings. In filtration operations it flocculates small particles of clay and suspended slimes and facilitates their removal.

Water treatment: The U.S. Public Health Service has permitted the use of Guar Gum, as a coagulant aid, together with alum, ferric sulphate and lime, for potable water treatment. Guar increases the size of the floc initially formed by the coagulant, thereby increasing the rate of settling of solid impurities, reduction of solids carry over to the filters and increasing periods between backwashes. In industrial waters, Guar Gum flocculates clays, carbonates, hydroxides, and silica, when used alone or in conjunction with inorganic coagulants.

Explosives: Guar Gum is used as a gelling agent in water-gel explosives that are widely used in the commercial market.

Tobacco: In the tobacco industry, Guar Gum is used as a binder for fragmented tobacco fines to produce reconstituted tobacco sheets. These flexible sheets, with tensile strength and thickness of leaf tobacco, are blended with leaf tobacco and retain the taste, flavour, and aroma of an all-leaf product. Sheets are formed by passing a moist mixture of Guar Gum, humectant, and tobacco fines between closely spaced steel rollers revolving at different peripheral speeds.

Pharmaceuticals: Guar Gum is used as a binding and disintegrating agent in compressed tablets.

Textiles and Carpets: Guar Gum derivatives thicken the dye baths that are used in the printing and dyeing of fibres, fabrics and carpets. The gums control the rheological characteristics of the dye formulations and permit complex multiple dye patters that are sharp, bright and controlled as to penetration. They are used in roller and screen printing, as well as in finishing agents.

Hydroseeding and Erosion Control: Guar Gum is used as a 100% natural bio-degradable tackifier.

Grades can also be customized as per customer’s requirement.