It has been quite a while since our last Guar Market Update! The price movement for Guar splits from the beginning of 2015 is depicted in the chart below.

As the North American Rotary Rig Count declined steeply from the beginning of Jan-15, Guar splits prices followed. There was a brief respite for Guar Splits prices when Brent Crude climbed back up to $66.16 a barrel. 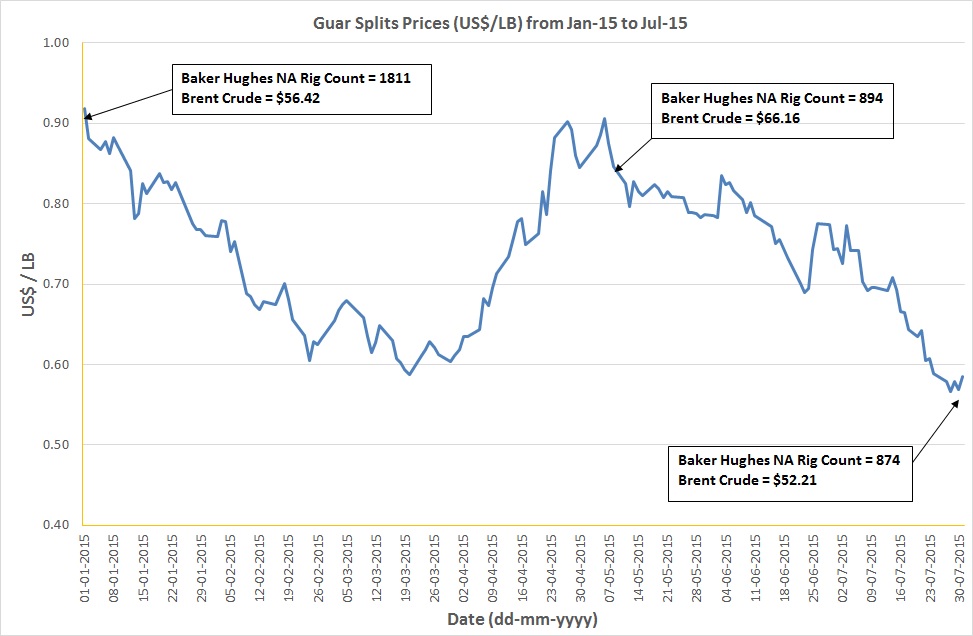 Some arrivals from the new Guar crop should begin by the second half of Oct-15 and if there has been no pickup in demand from the fracking industry by that time, Guar prices will decline further.

We have ready stock of Fast Hydrating Guar in Houston and would be glad to service any spot requirements from the fracking industry.

Swati Vaidya retires after more than 31 years at Premcem!