As a sequel to Skymet’s pan-India forecast released on 3-Apr-19, we give below Skymet’s quantitative distribution of Indian SW Monsoon rainfall over the Guar-growing areas of Northwest India. This region-wise forecast comes with an error margin of +/- 8%.

Although the Southwest Monsoon 2019 is likely to make onset over Kerala on June 4, it seems that initial advancement of Monsoon over Peninsular India is going to be slow. For Guar-growing Northwest India, the region is expected to record normal rainfall to the tune of 96% of LPA. However the hilly states of Jammu and Kashmir, Himachal Pradesh and Uttarakhand are likely to perform better than the plains of Punjab, and the Guar-growing states of Rajasthan and Haryana.

Over the last one month, Guar splits prices have remained fairly stable. We believe that prices will continue to remain at current levels unless the Indian Meteorological Department’s second stage Indian SW Monsoon-2019 Forecast, which will be released during the first week of Jun-19, has some negative implications for the Guar-growing areas of India. 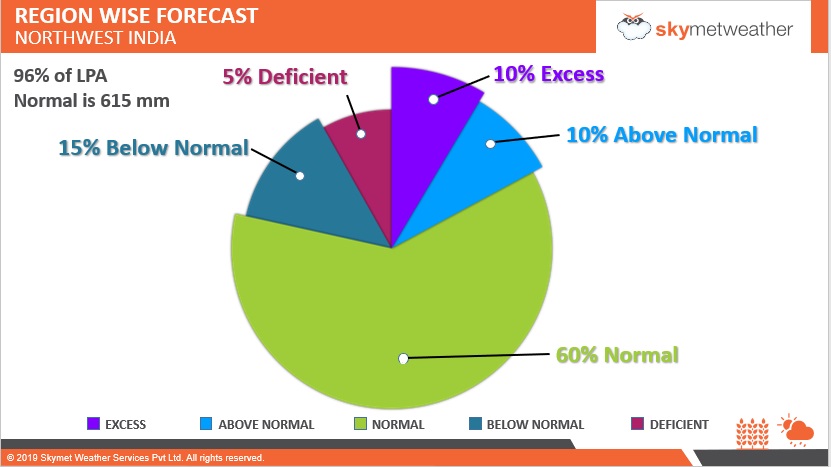