The world is in turmoil and the Guar industry is no exception. Please see the chart below which depicts Guar splits prices (in USD/MT) from Jan-15 to Feb-16. During the period shown above

From Oct-15 up until now, nearly 70% of the Guar seed from the new crop has already come into the markets and hence there is not that much pressure from the supply side. On the demand side Guar Gum exports, after having fallen significantly over the last 2 years, have plateaued and don’t seem to be falling off a cliff anymore! In the US a lot of Fast Hydrating Guar Gum had been piled up in the second half of 2015 and it seems that most of this has now been used up.

So to summarise – things probably cannot get any worse (?!) as far as crude prices are concerned and with demand from food, and other non-oil industries, remaining stable, Guar splits prices should also remain confined in a narrow band between $800/MT to $950/MT. At present the Guar splits price is around $850/MT and hence any immediate requirements for the next 2 to 3 months should be covered at this time.

Further purchase decisions can then be made based on the Indian Meteorological Departments’s first Long Range Forecast for the 2016 Southwest Monsoon and which should be available by Apr-16.

With crude oil prices falling to near 7 year low, and U.S. Rig Count down by 37% from the same time (12-Dec-14) last year, prospects for the Guar Gum industry are not looking good. Following the decline in crude oil prices, the resultant evaporation of Guar demand from the hydraulic fracturing industry and the more than enough Guar seed available (from the new crop of Nov-2015) to meet any demand, Guar splits price today is at a 5 year low, in Indian Rupee terms, and at a nearly 6.5 year low in USD terms!

Just like it is very difficult to predict crude oil pricing, and if this is the “bottom”, the same applies at present to Guar splits pricing. However considering that the Guar splits price is already at a multi-year low, it would be a good idea to cover your Guar Gum requirements for atleast the next one or two months if not more. Do let us know if you would like to receive a quote!

We are writing to bring to you the First Round Report, or the “Dipstick Round”, of Guar seed estimation, commissioned by the nodal Indian Government Agency for Guar Gum export, SHEFEXIL, and carried out by The Nielsen Company.

The first 3 states namely Rajasthan, Haryana and Gujarat (in that order) are the most important states for Guar cultivation. The perception of the farmers from these 3 states, about the 2015 crop, is that the crop is “Bad compared to last year”. This is specified on the last page of the report. Please click here to view the complete report.

However considering the initial estimates of the crop from this year, the carryover from last year and also the low demand from the shale oil industry in the US, it is quite clear that supply exceeds current demand significantly. See table below for further details.

Most of the seed that has started arriving into the markets is getting “dematted” and going into the warehouses of NCDEX – the commodity exchange. As regards to pricing, despite the good arrivals from the new crop, Guar seed/splits prices are not declining much further. Hence we believe that although it is unlikely that prices are going to run up anytime soon, we might be now close to the bottom.

It has been quite a while since our last Guar Market Update! The price movement for Guar splits from the beginning of 2015 is depicted in the chart below.

As the North American Rotary Rig Count declined steeply from the beginning of Jan-15, Guar splits prices followed. There was a brief respite for Guar Splits prices when Brent Crude climbed back up to $66.16 a barrel. Some arrivals from the new Guar crop should begin by the second half of Oct-15 and if there has been no pickup in demand from the fracking industry by that time, Guar prices will decline further.

We have ready stock of Fast Hydrating Guar in Houston and would be glad to service any spot requirements from the fracking industry.

SHEFEXIL, the Export Promotion Council of the Govt. of India under which Guar exports are covered, has come out with the final estimates for the Guar Seed crop for the 2014-15 season. The crop survey was undertaken by the Nielsen Company, Mumbai, at the behest of SHEFEXIL, Kolkata.

At an overall level, the government estimates of area show a decrease of 11% in the area sown under Guar crop for the 2014-15 season. The yield has also reduced in the major Guar producing states this year- majorly Rajasthan, Punjab and Haryana. The total production of Guar Seed this year is estimated to be 1,724,400 MT, or 482,832 MT of Guar Splits, a decrease in 16% compared to the last season of 2013-14.

In our last Guar Market Update on 19-Dec-14 (http://www.premcemgums.com/guar-splits-prices-at-a-4-year-low/) we had mentioned that Guar Splits prices were at a 4 year low. Since then Guar Splits prices have gone down nearly another 14% in Indian Rupee terms! The fall in USD terms has been slightly less (around 11.5%) as the Indian Rupee has appreciated against the USD in the same period. See the graph below for a visual depiction. As is apparent the current price of Guar Splits, and hence Guar Gum, is being primarily driven by the movement of the crude oil prices. The general consensus among various stake holders in the Guar industry is that fracking activity will certainly be severely impacted in 2015 on account of the low crude prices, and which in turn will adversely impact the demand for Fast Hydrating Guar.

Just like so many analysts who were caught completely off-guard by the sudden and extreme decline in crude oil prices over the last 3 months, we too were caught  on the wrong foot. We did not see crude oil prices dropping to such low levels and so could not predict correctly that Guar prices would follow in tandem. We do not have a view on crude oil prices and hence we are unsure if Guar Splits prices will go any lower; so we would advise that buyers may consider covering only for their immediate requirements at this time.

Guar Splits prices are at nearly a 4 year low! Current prices for Guar Splits are US$ 0.84/lb or US$ 1846/mt; the last time prices were at this level in US$ terms was in Mar-2011. Please see the graph below to get a better perspective. Reasons behind this recent decline in prices are given below:

1. Firstly we are at that time of the year when arrivals from the new Guar crop are at their peak

2. Secondly, and more importantly, the price for crude oil has fallen by more than 50% since June, when it was US$ 115 a barrel. It is nearly US$ 55 a barrel today. OPEC, which controls nearly 40% of the world market, met in Vienna on 27-Nov-14 but failed to reach agreement on production curbs, sending the price tumbling. As mentioned by The Economist in its article on 8-Dec-14:

“Four things are now affecting the picture. Demand is low because of weak economic activity, increased efficiency, and a growing switch away from oil to other fuels. Second, turmoil in Iraq and Libya—two big oil producers with nearly 4m barrels a day combined—has not affected their output. The market is more sanguine about geopolitical risk. Thirdly, America has become the world’s largest oil producer. Though it does not export crude oil, it now imports much less, creating a lot of spare supply. Finally, the Saudis and their Gulf allies have decided not to sacrifice their own market share to restore the price. They could curb production sharply, but the main benefits would go to countries they detest such as Iran and Russia. Saudi Arabia can tolerate lower oil prices quite easily. It has $900 billion in reserves. Its own oil costs very little (around $5-6 per barrel) to get out of the ground. The main effect of this is on the riskiest and most vulnerable bits of the oil industry. These include American frackers who have borrowed heavily on the expectation of continuing high prices.”

There is now serious concern in the Indian Guar Market that fracking activity might be severely impacted next year on account of the low crude oil prices and that in turn will adversely affect demand for Fast Hydrating Guar. And hence Guar Seed and Splits prices too have tumbled in tandem with the crude oil prices.

3. Thirdly on account of a lot of buyers being away on holiday at the end of the year Guar prices traditionally decline in December

We believe that Guar Splits prices are now quite close to the “bottom” for this year. Do let us know if you would like to cover any volumes at present.

Lastly we would like to wish you all a Merry Christmas and a Happy New Year!! 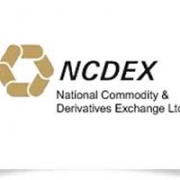 MUMBAI: A think-tank under the Union Science and Technology Department has called for freeing guar gum from the clutches of speculators and commodity exchanges to bring about price stability.Gaur is currently trading at Rs 8,832 a quintal and the price is expected to remain high on expanding demand from the US shale gas industry and is estimated to shoot up to Rs 11,729 a quintal by 2020, according to the Technology Information, Forecasting and Assessment Council (Tifac).
Read the full article here
https://www.premcemgums.com/wp-content/uploads/2014/12/download.jpg 200 240 pgpl_admin http://www.premcemgums.com/wp-content/uploads/2014/11/premcem-logo-300x104.png pgpl_admin2014-12-17 11:21:452014-12-17 11:45:21Tifac wants guar taken off commodity exchanges to arrest price volatility

Up until now an estimated 6.5 million bags of Guar Seed have come into the markets. This represents nearly 35% of the overall Guar crop of this year. 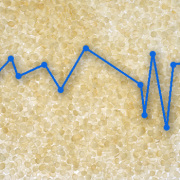